Saying No: Ethics and Good Reasons for Denying Care

Book Review – Medicine and what matters in the end

Saying No: Ethics and Good Reasons for Denying Care 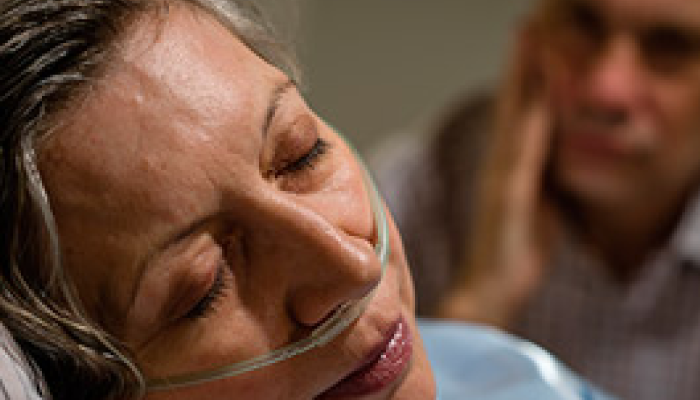 Should an alcoholic be denied a liver transplant unless he or she has been “dry” for six months?

Debra Selkirk the widow of Toronto businessman Richard Selkirk is preparing a constitutional challenge to the practice that denied her husband access to a liver transplant because he was an alcoholic who had only been “dry” for six weeks. CBC Radio ran this story, with ethics commentary on Friday November 6th. http://www.cbc.ca/radio/thecurrent/the-current-for-november-6-2015-1.3307075/widow-of-alcoholic-challenges-policy-for-denying-husband-liver-transplant-1.3307145 The patient was reportedly denied access to a liver transplant on the grounds that he had not been “dry” long enough. He died shortly thereafter. This restriction on access to liver transplants is pretty common across North America. Is it fair? Is it a justifiable restriction on access to care? What are good reasons for denying a person access to necessary medical care? Let’s look at some of those reasons and who gets to decide.

The best reason for not providing a person with a treatment is that the treatment will not work. That is, if the treatment would be medically futile – if it cannot provide the physiologic effect for which it is intended, then it does not need to be offered. (This needs a footnote, an exception is probably a resuscitation attempt. The reasons for this are complicated, it is probably associated with the idea that the standard of care in a hospital is that if a person arrests in hospital he or she will be resuscitated unless he or she has said otherwise.) Going back to not offering treatments on the grounds of medical futility, I would argue further that it should not be offered. (On the grounds that doing something that cannot work is a waste of resources, resources which are inevitably scarce.) In addition, the decision that a treatment cannot bring about the physiologic effect for which it is intended is an expert decision that belongs to physicians and care providers – rather than patients. This is clear in theory, but less so in practice. In practice treatments rarely cannot work, far more often they are unlikely – or even vanishingly unlikely to work. That leads to a rather different question – a cost-benefit decision, when is a treatment not worth offering – either because the likelihood of benefit is so low, or the cost is so high – or both?

Cost benefit decisions of this type are amongst the most difficult for the health care system. Whether a treatment is “worth” the cost may very well depend on one’s perspective. There are also real puzzles of what constitutes a “benefit” and what benefits should count. For example some people would argue that continued physical life, even on life support, even if there is no evidence of interaction with the patient’s environment and even if the prospects for recovery are vanishingly remote would constitute a benefit. Others would say this is a benefit in name only, and certainly not a benefit worth funding from scarce health-care resources. Further, if person “A” accrues a given benefit for 5 years and person “B” the same benefit for 10 years, at the same cost then presumably we should fund person “B’s” treatment before person “A.” But that would have the effect of systematically favouring the young in health care – and do we really want to build in that bias to decision-making? These resource allocation questions are also those where authority for decision-making is most blurred. A cost-benefit, resource allocation decision is not simply a medical decision, nor is it just a matter of the personal preferences of the patient. At stake is what a community is prepared to pay for – so ultimately these decisions are small “p” political decisions, yet they are rarely identified or made as such.

Evidence and standards of practice

There are other reasons for denying access to a particular treatment or therapy, standards of medical practice and evidence are always relevant, and of course, on the other side, a patient can refuse care, and can do so either explicitly or by creating conditions that make it impossible to provide care. Do any of those reasons apply in the case of liver transplants and persons with alcoholism? The first question would concern the possibility that a liver transplant would be ineffective for a person who continues to drink or who has not demonstrated sobriety for six months. The evidence seems to be lacking. While it is true that for a liver transplant to be successful the patient would need to follow a regimen of immunosuppressive drugs and other care post-surgery and while it is also true that certain patients – on lifestyle grounds may be incapable of following such a regimen that is not the case for all people who have been diagnosed with liver failure as a result of alcohol consumption. So, rather than a six month rule or policy what would be required would be a careful assessment of each prospective patient in his or her actual situation.

Could it be a resource allocation decision?

Cadaver livers available for transplant are certainly scarce. But the issue of fairness in the first instance really only concerns whether the patient will get onto the list. It could also be that certain patients expand the liver donor pool by bringing with them potential live donors. Even if there was evidence that a person continuing to drink would make the transplant less effective, that is it might bring a shorter period of life, even then it is not clear that that should result in a denial of access to care. If we wish to treat persons equally we have to accept the idea that each individual’s life may well be of infinite value to that individual, in that respect we are all the same. The general approach in Canadian health care is that we are evaluated on the basis of our need and our capacity to benefit.

We do not deny health care on any of the prohibited grounds for discrimination under federal or provincial human rights legislation. Nor do we deny care based on ability to pay.

Should we deny care on the grounds of personal responsibility for health status?

We generally take the view that ill health and disease are unfortunate facts of human life. No-one wants to be sick, or unwell so if you are it is a misfortune and the community will provide the health care you need to help you recover. Typically, we take the view that people are not responsible for their ill-health. But what if they are? There are many illnesses, diseases, and indeed accidents that occur as a direct result of the actions people perform. Smoking causes lung cancer (and heart disease and…) overeating is connected to obesity and diabetes, alcohol consumption with liver disease, and, of course, skiing with fractures, hockey and football with concussions and so on. Leaving aside the issue of whether an “addiction” allows you to escape personal responsibility there are plenty of examples of cases where individual choice has negative health consequences.

Should we be held responsible for those choices? The answer, of course, has to be yes. I must be responsible and accountable for the choices I make in my own life and that must include choices about diet, exercise, smoking, alcohol and so on. And certainly, as a community we should be reinforcing and promoting that individual accountability.

But can or should a publicly funded health care system hold us accountable by denying care? Here, I think the answer has to be no. I do not see how health care providers (or anyone else for that matter) could possibly become the arbiters of the deserving and underserving sick. Were you driving too fast when the crash occurred? When did you stop smoking – have the last drink? How often do you exercise…? What would it look like to deny care under those circumstances? This would mean that we would refuse care to those who were suffering and dying, it would mean that we would turn people away from our Emergency Departments, it would mean that we would turn our backs on those in need.

I would not wish to be part of a community that made those choices. But, health care resources are always limited, and that always has the effect of meaning that if we do “this” then there is some other good “that” that cannot be performed. Those choices must be made, but they must be made openly and on grounds we understand and accept.

Debra Selkirk is forcing that discussion onto the public stage, and thanks to her for that.